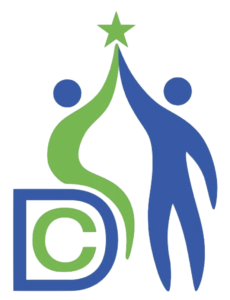 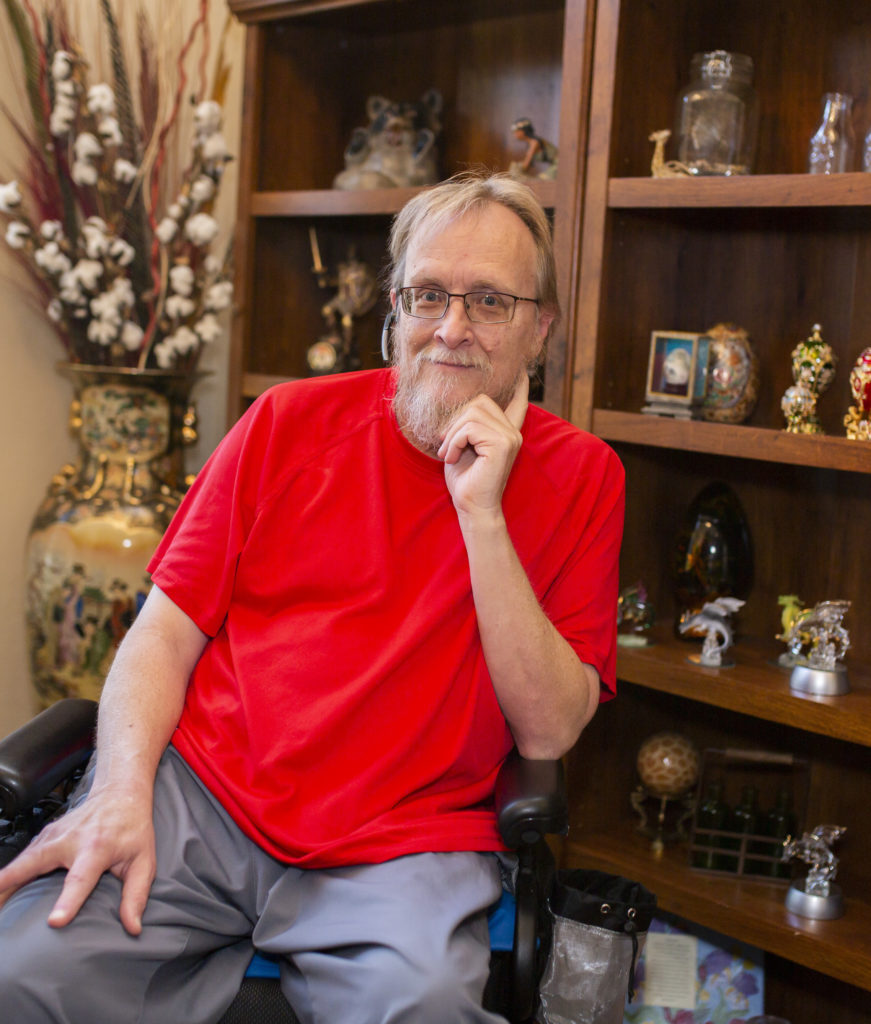 Hi!
My name is William Stork.  I joined the Army in 1982 and served for ten
years. During my early part of the service I received a swine flu vaccine that brought on Multiple Sclerosis (MS). Eventually my physical condition due to M.S led me to a medical discharge.

After fighting with the Veterans Affairs and Social Security I volunteered with the National Multiple Sclerosis Society San Diego Chapter to help others.

I met my future wife at a newly diagnosed meeting. She was separating from the Navy due to complications of MS. Helping her with the Veterans Affairs (VA) and Social Security I gained a lot of knowledge. After she passed away, I decided to move to Missouri with our three boys.

I ended up running into Marion Trimble who was working at the Center for Independent Living. I loved the idea of helping others with disabilities and joined the organization as a volunteer. Marion took mentored me as she did outreach helping others and continued to teach me the ways to help others with disabilities. I continued to help others including disabled veterans for
about 11 years.

When Marion retired, I decided to follow her in creating a new nonprofit that believes in disabilities helping disabilities.

In 1989 I became ill from an unknown bacterium that caused an autoimmune reaction called Guillain – Barre syndrome causing extensive nerve damage. A coma insured for three months.
Although it took me a year to walk again, I am not a person who gives up.

The disability world was brand new to me. I did not have a clue who to ask or where to go to get my questions answered. Being a single mom with no insurance or supports I clawed and stumbled my way back to functioning in a society that I thought I knew but treated me differently now with attitudes of pity. I moved us to Missouri the next year when I was able to drive.

Determined to work again I found a job at a Center for Independent Living where I learned extensive knowledge and resources to keep people with disabilities in control of their lives. After 26 years I retired but the passion to assist others along their path of independence burns as bright as ever.

Disability-Connections was born to bring the collective experiences of the strongest survivors on earth, people with disabilities, in a format of “each one teach one”.

Do You Have Questions?

Our Facebook page is a great place to connect and learn from other disabled people who may have similar experiences to you. Please join us!

We started this project to be able to help other people with disabilities be aware of all their options. If you have a specific questions, let us know. We have worked with non-profits and have experience navigating the system. We’re happy to help!